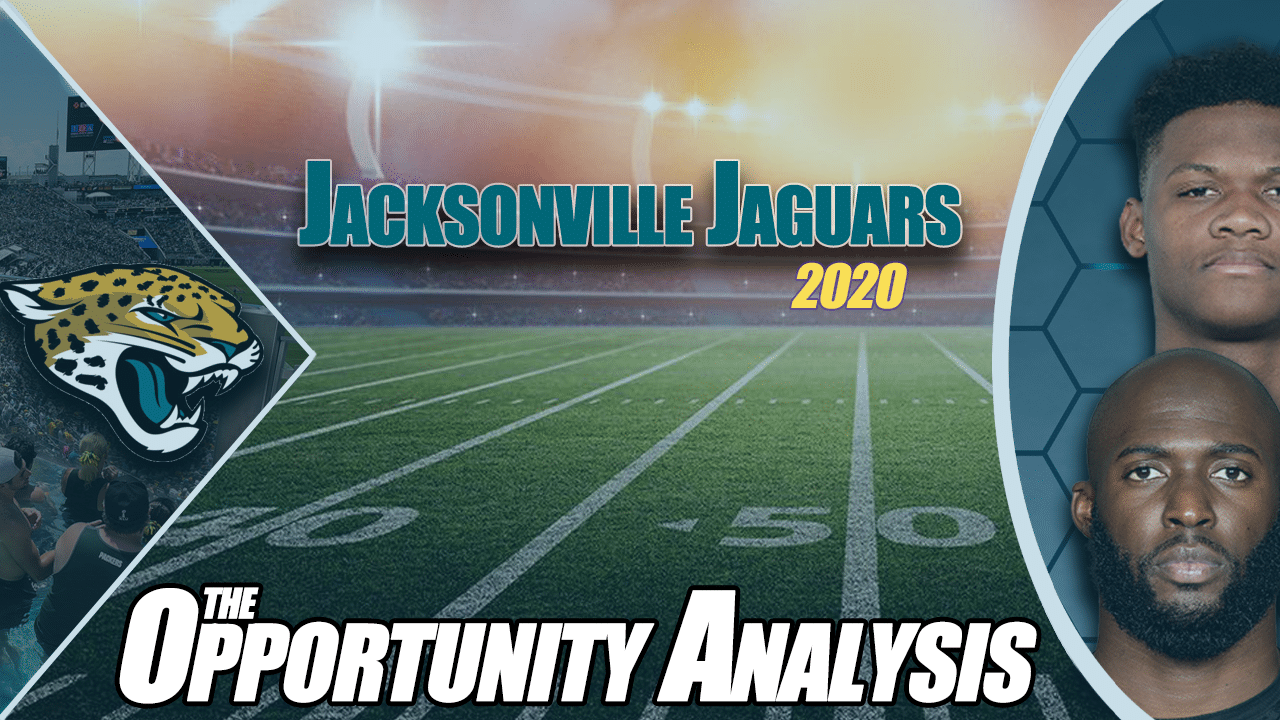 If you haven’t read the article on the opportunity analysis, click here and do so before reading the team breakdowns.

The Jaguars come in as the team with the least amount of available opportunities in 2020 with -11. Let’s address why the Jaguars are projected for a negative number.

Last year 73% of the targets went to only four players on the roster. This included D.J. Chark, Chris Conley, Dede Westbrook, and Leonard Fournette. All four of these players are returning which means the Jaguars have 56 vacated targets heading into 2020.

The next thing we need to address is the team’s coordinator change. The Jaguars hired long time Washington head coach Jay Gruden as their offensive coordinator. Gruden has not been nearly as pass-happy as the Jaguars were in 2019 over the course of his coaching tenure. Last year the Jaguars dropped back to pass 684 times which resulted in 589 attempts.

This is much higher than Gruden’s style of play-calling as his team’s have averaged 617 drop-backs per season since 2013. The drop in volume along with the already low amount of available targets leaves the Jags with -11 projected opportunities this season.

The final aspect in the evaluation is to look at the Jags’ new free agents and draft picks to see how they will impact the current players on the roster. This includes running back Chris Thompson, tight end Tyler Eifert, and rookie wide receiver Laviska Shenault Jr.

Based on the projected  -11 available opportunities the targets these players get next season will need to come from the established players on the roster which could affect the fantasy production in 2020.

There is a lot of talk about the positive TD regression coming to Fournette as he finished 2019 with three TDs on 341 touches. This is true; yet, not enough people are talking about the possibility of his 100 targets cut in half or even more. The main ball carriers under Jay Gruden haven’t seen over 40 targets in a season dating back to 2014.

Most of Fournette’s expected drop in targets has to do with the presence of Chris Thompson. The receiving back has consistently seen over 50 targets per season playing the pass-catching back role on offense.

When you dive into Thompson’s usage the past few seasons it was interesting to find out that two-thirds of his targets actually come on first and second down.

Thompson also dominates third down work as well, basically soaks up most if not all work in the pass game for RBs. This role will impact Fournette’s receiving work, and if Fournette falls closer to 50 targets this season he could lose roughly 45 points in .5 PPR based on his efficiency from 2019.

Another player that will impact Fournette is Tyler Eifert. Eifert hasn’t been a major fantasy contributor for years, but he will demand a lot more targets then the Jaguar tight ends did in 2019. Last season Eifert saw 64 targets while playing 16 games for the first time in his career. The tight ends on the Jags roster as a whole saw 78.

Tight ends have proven to have a much bigger impact on running back targets then wide receivers, and with Eifert consistently commanding 4-5 targets per game it will be another ding to Fournette’s outlook.

Fournette is being drafted as the RB18 at the end of the third round this isn’t a terrible spot. That being said continue drafting James Conner, Todd Gurley, and Melvin Gordon ahead of him; the trio has a better shot at receiving work. I would also consider Chris Carson and Le’Veon Bell ahead of Fournette in 2020.

When it comes to D.J. Chark being impacted it has nothing to do with him taking a step back. This lack of opportunity has more of an impact on him taking a step forward. Last year Chark only saw a 19% target share, and with a moderate bump in target percentage it will be difficult for him to top the 118 targets he saw in 2019.

This stems from the huge drop-off going from a 684 to 617 which could in turn see the attempts go from 589 to the 525-530 range. This would mean even if Chark sees a solid bump of 5% in his target share, his targets overall would only go up about 8-10 from last season because of the lower drop-backs.

Before his injury in Week 14, Chark was averaging 13.7 PPG which over the past three seasons would have been the WR7. This production did come with the inflated pass volume so if we factor in his production with the new projected drop-backs, his PPG would be roughly 12.4, or outside the top 20 in 2019.

Currently being drafted as the WR21 in the 5th round, Chark is priced accordingly. However, he is being drafted ahead of my personal favorite Tyler Lockett. Before an injury of his own in 2019 Lockett was on his way to a top six wide receiver finish.

Another player being drafted behind Chark is Opportunity Analysis darling Terry McLaurin, who could be stepping into a big role in 2020 and who should be drafted ahead of Chark.

Overall Chark is okay to draft at his current fifth round ADP, but do not count on him making the leap into WR1 territory in 2020. 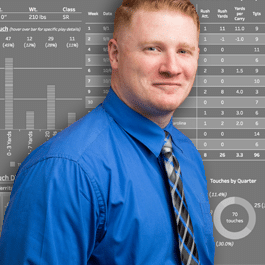