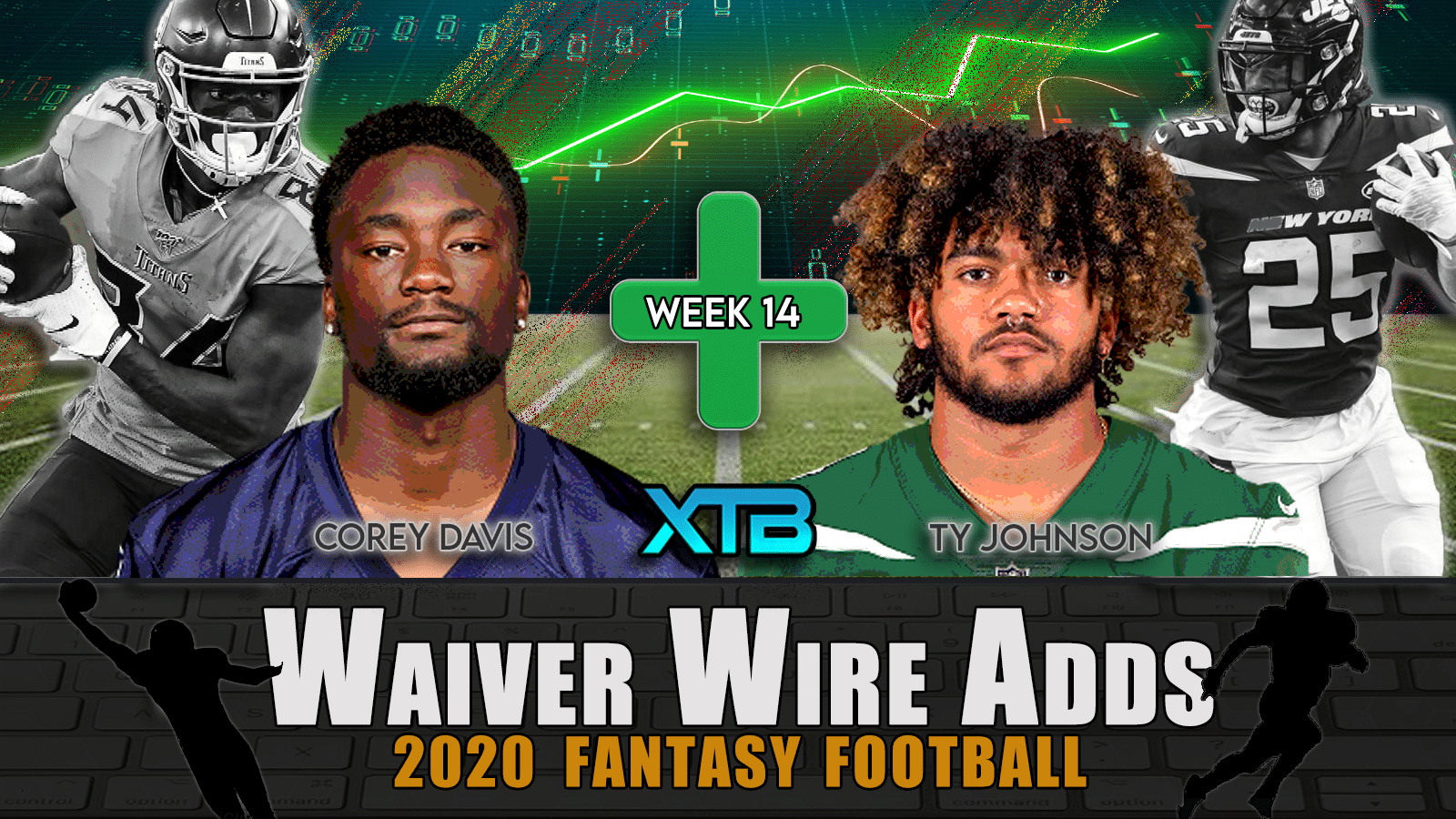 It was a quiet week for injuries, making waiver wire targets a bit tougher to decipher. Hope you made your league’s fantasy playoffs. If you did not, it must be because you did not take my advice. Or you did and, in that case, I apologize (kind of).

Kirk Cousins is running hot right now with three straight games of 300-plus yards passing and three touchdowns. He is utilizing his elite wide receiver duo and elite running back t perfection of late and needs to be on rosters for the fantasy playoffs.

Ryan Tannehill is being ranked like a top 10 quarterback weekly but is not rostered like one. He has been a top 10 play the last three weeks and has favorable matchups against Jacksonville, Detroit, and Green Bay during the fantasy playoffs.

In a pinch, Andy Dalton is streamable off the waiver wire in two of three weeks during the fantasy playoffs. He gets the Bengals in Cincy Week 14 and the Eagles at home Week 16, a game that may have NFC East playoff implications.

Frank Gore left Sunday’s game after one carry with a concussion, and Ty Johnson took advantage. There is no reason for the Jets not to give the former Lion majority of carries the final few weeks of the season. The loyalty to Gore is borderline absurd, so temper expectations for Johnson if Gore is active.

Smith outproduced Todd Gurley in his return from a one-week absence and appears to have jumped Brian Hill on the depth chart. The Chargers are up next for the Falcons, followed by two tougher games in which Smith could see more targets in negative game scripts.

The rookie out-touched his backfield mates 22-9 and will finish firmly inside the top 20 of running backs for the second consecutive week. He should eat against the Patriots, Jets, and Seahawks during the fantasy playoffs.

I really like what I saw from the rookie, especially since he has running back eligibility and should see majority of his work as a receiver. Tua Tagovailoa will continue to look closer to the line of scrimmage with his passes until his thumb is healed and he finds consistency with his passing, making Bowden a high-ceiling spec add from the waiver wire in PPR leagues.

Gross. Jordan Howard made the most in his return to the Eagles and will probably vulture touches/goal line carries from Miles Sanders. Gross.

We back? Yeah? Yeah. Great to see T.Y. Hilton turn on the jets in time for the fantasy playoffs. The Colts fantasy playoff schedule is as good as it gets this season.

I am dying on the Pittman hill.

Your WR1 for Week 13 with a few games to go is Corey Davis. Credit for his big performance goes to the garbage time the Titans were in after the Browns jumped out to a big lead, but he has been everything and more on the opposite side of A.J. Brown.

Aaron Rodgers will lock on to Davante Adams, but Allen Lazard is showing strength three weeks after returning from core surgery. He had an excellent running catch and dive that put the Packers in scoring position. That has been missing from the passing game beyond Adams.

Denver’s best receiver this season has been Tim Patrick, and he showed out on Sunday Night Football. Patrick has been no worse than a WR3 in seven of 10 games played this season despite volatility at the quarterback position.

Injuries have been a concern for Keke Coutee during his career, and with the chance to play more he showed why he has stuck around Houston. He missed a few plays with an injury (go figure) but managed to come back and keep producing. Chicago may seem like a difficult matchup, but they just gave up 400 yards to Matthew Stafford and the Lions.

Davis has been Buffalo’s WR1 in terms of fantasy points since John Brown went down Week 11. It is unsure how he will be used in an important road game against San Francisco, but I expect Davis to stretch the field for Josh Allen and continue to see close to 20 percent of the team’s targets.

If you have a player on bye or another player that has yet to suit up this week, drop them to the waiver wire for Jordan Reed. He can still be added and has a great matchup this week and runs in an offense that utilizes the tight end.

There was a lot of hype for Tyler Eifert coming into the season, and he has been okay at best. He has had four games with six or more targets and has great matchups against Tennessee and Chicago in the fantasy playoffs.

When Week 13 wraps, Cole Kmet will have his second TE1 performance of the season. His seven targets against Detroit doubled his previous season-high, and he has 10 since Chicago’s bye. It is a shame it took the Bears 10 games to get him featured, but with the season all but over for Chicago, it is time to get him a heavy workload.

Brandon Allen loves him some Drew Sample. Sample has 12 targets and 11 catches in Allen’s two starts and gets Dallas next week.